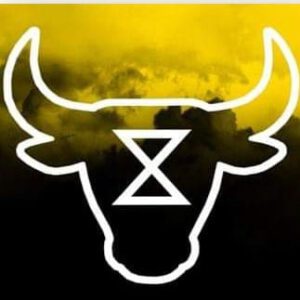 “Animal Rebellion is a mass volunteer movement that uses methods of non-violent civil disobedience to end the animal agriculture and fishing industries, halt mass extinction and minimise the risk of climate breakdown and social collapse.

In solidarity with Extinction Rebellion, Animal Rebellion will mobilise 10,000 animal advocates for a two-week rebellion in London, beginning October 7th. […] We believe in a world where all individuals of all species can flourish […]. As such, we believe we need a political system rooted in collective decision-making made with and alongside our multi-species kin, where creativity and compassion are prioritised […]”

Animal Rebellion, the most effective action currently available in terms of alleviating suffering? 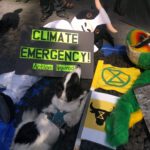 Coupling the powerful Rebellion Extinction movement, dedicated to the climate and the environment, with the animal cause thanks to Animal Rebellion, which gives priority to alleviating suffering, is probably the most ingenious and effective action today! 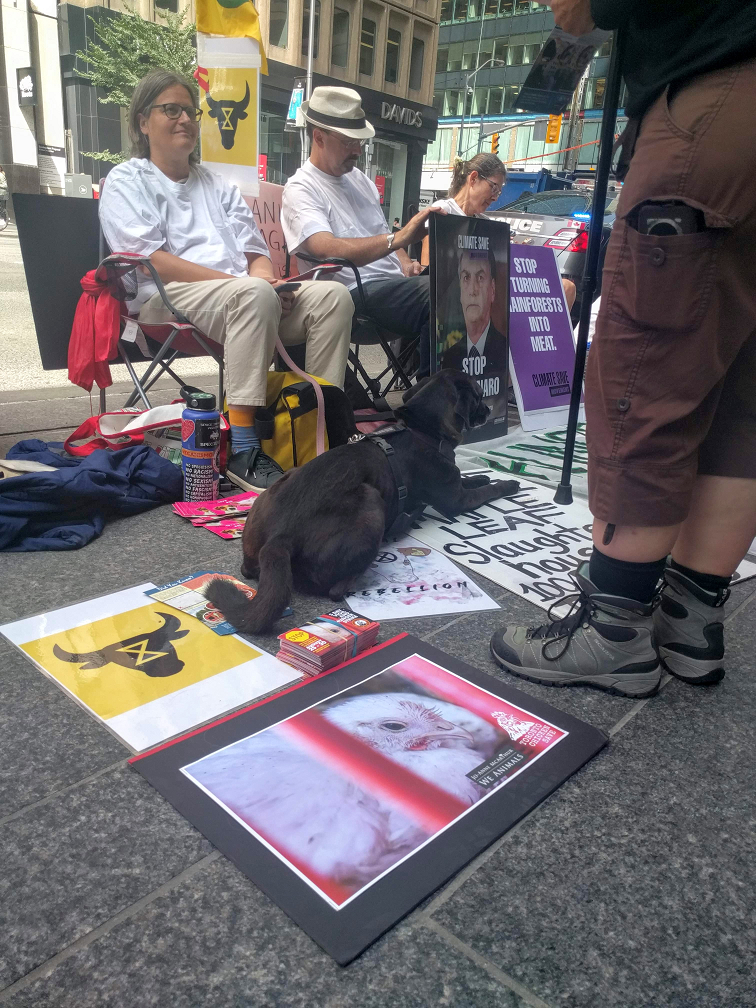 At the same time, here is a message from GreenPeace to its subscribers:

“A new UN report tells us how we can take action to address climate change. And although it may seem like a distant problem that leaves us confused, it turns out that the solution is closer than you think. It is on your plate. That is correct: this new report points out that meat consumption has more than doubled in the last 50 years and encourages us to adopt plant-focused regimes to solve the climate crisis. More than 12,000 supporters have already committed to eating less meat and dairy products to protect our planet. We invite you to join them. Commit to eating less meat!

That is why Greenpeace is calling for meat production and consumption worldwide to be cut in half by 2050. …. replacing meat and dairy products with plant-based foods is not only good for our health, it is also good for the planet.”

This is the difference between the Algosphere Alliance’s or Animal Rebellion’s way of acting and GreenPeace’s approach or exhortations to go vegan individually: the Alliance acts at the political level, i.e. seeks to have a global influence on community decision-making. We can wait a long time for the alleviation of suffering if we are satisfied with appeals to individual virtue.

Contrary to what is found in the very well formulated L214 Appeal against intensive livestock farming (see above on this page), Animal Rebellion’s objective is to “put an end to the animal agriculture and fishing industries”, which seems to me dangerously ill-conceived. Why end rather than make it acceptable? Because sentient beings are used there? But all industries use sentient beings (human or other) who, at work, suffer or die or have their lives shortened. The great danger of idealism, as we have seen throughout history, is to want to destroy evil, which unfortunately is impossible under the current conditions and is tragically counterproductive. That is why I invite Animal Rebellion to review its objective with a view to a rational organization of the alleviation of suffering in the world.

Many human and other animals currently need to consume or produce food of animal origin in order not to suffer from hunger or malnutrition. So we must not abolish the livestock and fishing industry, but make it compassionate, despite the inevitable part of suffering that it entails in practice, hoping that in the end there will be no more suffering, if possible. I understand the rebellion of animalists, or that of environmentalists, but without a rigorous terminological-technical framework, these popular movements, which are, in principle, good and good, are very likely to fall into catastrophic excesses.

It is true that many disasters are already happening at the moment, alas, but there is still room for worse, especially as things get more difficult with the threat of a collapse of our global infrastructure. It is difficult to predict what form an overflow from abolitionist idealists would take. A likely scenario would be that violence between the latter and the carnists would take hold, as we see in our countries and especially, it seems, in India… Then, a takeover by hard-line abolitionists could lead to radical policies that would make things even worse through brutal imposed dietary changes, extreme persecution of producers who have become illegal, hecatombs among animals deprived of meat food, deplorable repercussions in various economic sectors, a state of civil war, etc.

Slavery is probably the most useful concept in this debate because animals are in this condition. There are apparently more “human” slaves on earth today than at any other time. Neither calls for respect for others nor recourse to the law have been enough to stop this scourge. So I think that some of the changes we want to see are so contrary to the forces in place that, with very few exceptions, they are doomed either to failure, or to producing only cosmetic results, or to success only through abominable conflicts that we must consider in advance with complete caution because then we will increase suffering with the intention of alleviating it, which is always a high-risk manoeuvre. Have the abolitionists who advocate ending the fishery and closing slaughterhouses calculated all the issues well, or are they simply throwing out slogans that emerge from an understandable rebellion without taking into account the terrible shocks to come?

The situation of the currently conscious entities is one where excessive suffering is inevitable but where minimization of such suffering is feasible, thanks both to the call to private virtue and to the requirement of public justice. To set and pursue inaccessible goals, such as the non-use of animals for economic purposes, is a way of expressing the perfection of virtue or justice, but at the same time it forces us to take measures that are doomed to failure, which is already a little deplorable for a person, but for a community it could turn into a calamity. Slavery and death are inevitable and must be minimized through personal and collective policies. It is necessary to aim to use the slavery and death of organisms carrying consciousness for the benefit of a balance of perceived values that is as positive as possible and equitable as possible, i.e. in principle the same for each conscious entity. Anti-speciesism, like other anti-discrimination postures, corresponds to such a policy.

In view of the many existential risks that our times already entail, and with a view to safely improving both the welfare of non-human animals and the health of humans and the state of the environment, I believe we must produce as soon as possible detailed plans to alleviate suffering in the world, as recommended by the Algosphere Alliance. In the meantime, I invite Animal Rebellion to reflect and redesign its mission by making a change similar to the one proposed in the following:

“Animal Rebellion is a mass volunteer movement that uses methods of non-violent civil disobedience to make fair for all sentient beings the agriculture and fishing industries, to halt mass extinction, and to minimise the risk of climate breakdown and social collapse.”